From the Sundance Institute:

American Promise is an epic and groundbreaking documentary charged with the hope that every child can reach his or her full potential and contribute to a better future for our country. It calls into question commonly held assumptions about educational access and what factors really influence academic performance. Filmmakers Joe Brewster and Michèle Stephenson deliver a rare, intimate, and emotional portrait of black middle-class family life, humanizing the unique journey of African-American boys as they face the real-life hurdles society poses for young men of color, inside and outside the classroom.

The report suggests that the number of homeless children enrolled in public schools in the state of Minnesota increased by 97% between the 2006 and 2012.

The study also shows that students who live in poverty fare far worse in the public school system than those from higher income families.

The Minneapolis School District will implement a short term intervention to improve student performance at thirteen elementary and middle schools:

The intervention will include customized core instruction and Saturday school based on student needs.

The 2014 Children & Youth Issues Briefing brought together a variety of non-profit organizations to discuss the most important issues facing Minnesota’s youth.  Event objectives were to:

Learn more about the event through http://startearlyfundersmn.org/ under the Resource section (bottom, right-hand side of page). 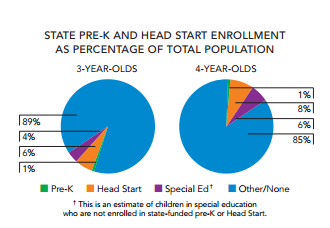 Source: The State of Preschool 2012, The National Institute for Early Education Research

“By 2 years of age, these disparities are equivalent to a six-month gap between infants from rich and poor families in both language processing skills and vocabulary knowledge,” Fernald said. “What we’re seeing here is the beginning of a developmental cascade, a growing disparity between kids that has enormous implications for their later educational success and career opportunities.”

Despite the findings, Fernald does point to a silver lining in her research:

“The good news is that regardless of economic circumstances, parents who use more and richer language with their infants can help their child to learn more quickly.”